I got up at O’Dark thirty this morning, before the birds. After 56 years on the planet I’m gradually noticing a pattern here. When I wake up early my subconscious is trying to tell me something. Figuring out what that something is can be tricky. But I think I hit pay dirt this morning. What’s bugging me is that I may have to break down and get organized for the trip earlier than midnight the night before departure. This is not a situation where I can toss a few things in a backpack and off we go. I need to basically pack up a miniature version of my house.

Grandson and I depart on a 3-4 week camping trip a week from tomorrow. What have I gathered for this trip so far? 2 sleeping bags, a tent, and an 10 foot piece of clothesline. Could it be that I need to get my ass in gear? (pardon the pun)

Many of the things on my list are “somewhere” in the house or garage. Time to start digging them out. I have a butane stove that I used in an ice storm in Kansas City about 10 years ago. Does it still work? I don’t know. I don’t see why not. But I should probably find out now, instead of in the dark at a campground when we’re hungry and have been on the road all day. Does it work in the rain?

In my experience it always rains the first day of camping. It makes you appreciate the rest of the trip so much more. It is always in direct proportion to how tired you are and how dark it is. I found out the muscular strength of my jaw many years ago trying to hold a flashlight in my mouth while setting up a tent in the dark, in the rain. I succeeded, but the tent leaked and we ended up sleeping in the car. That was back in the day of the army green canvas tents that weighed 500 pounds dry and 10,000 pounds wet.

Inside this army green monstrosity, there was always that one person who just had to touch the tent to find out if that caused a leak. It does and then the person who did it complains the rest of the night about the drip on their head. Usually the person got banished from the tent and had to sleep under the picnic table. I’ve slept under a picnic table on occasion because I couldn’t banish everyone in the tent so I banished myself. The weirdest place I’ve ever slept is on the hood of the car. It felt softer than the ground and was warm for a while the engine was still hot.

In childhood camping days with family, it always worked out that we were the last ones to show up in the campground, way past dark. So we strewed things around, got set up as best we could and collapsed. The next morning the other campers were up bright and early staring at our strange scene on their way to the shower house. The only thing missing was a brightly collared gypsy wagon.

After a particularly rough landing, I woke up one morning and our campsite looked a battlefield the morning after, bodies everywhere. I was on the hood of the car, one of my sisters was on the picnic table with her head hanging off. How she sleeps like that I do not know to this day. My brother was in the back seat of the car with his legs hanging out at the knees, looking like he had been murdered and thrown in the car as an afterthought. My mother and a couple of other siblings were in the tent which was missing part of a pole and looked like it had been assembled by the 3 stooges. The fire pit and surrounding area was littered with half charred pieces of wood from our unsuccessful attempt to start a fire. Turns out wood will only burn in the rain when you don’t want it too.

Despite all the nonsense we did have fun. We eventually got a rhythm going and transformed our campsite in to a cozy home under the stars and far from the madding crowd. I am really looking forward to our trip. Considering that I’m a lot better funded and equipped this time it should turn out a lot better, but still very interesting.

Like Loading...
Posted in: Children, It Seemed Like a Good Idea at the Time, Miscelleneous Adventures, Travel | Tagged: CampGrounds, Campsite, Picnic table, sleeping under the stars, Tent

Cold Feet and 2nd Thoughts be Damned – Full Speed Ahead! 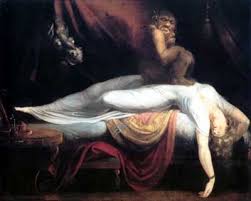 Yesterday, Mr. Husband and I went shopping and bought a tent and 2 sleeping bags. On the way home we stopped at the bookstore and bought travel books. Then home, lunch and a good hearty argument for desert that lasted a while. Evidently, we had some festering issues to air out. Washing everything in a gallon or two of tears always works for me.

We eventually became exhausted from this silly endeavor and collapsed in bed, rested for a while and squabbled some more. The upshot of all this is that he “worries” when I’m gone. I’m going to interpret this as he will miss me. I used to view it as him thinking that I can’t be trusted to navigate my way out of a soggy paper bag without some sort of calamity

To cheer ourselves up we went out to dinner just the 2 of us, no grandson. He’s 23 after all and should be able to feed himself on occasion. Our destination – a fabulous seafood restaurant, Vincent’s, here in Big D. It’s where we went on our first date. So romantical. We get a good laugh because we are always the youngest couple there. Youngsters just don’t appreciate good seafood and there is no TV in there. After wards we went to a sports-camping type store and bought a book of road maps.

Unfortunately, right before I went to bed I developed an extreme case of self-doubt and the starting singing the “who do you think you are” blues. It’s a long trip, I will have a melt down. I’m not up to this, what was I thinking? I wasn’t thinking at all. Yada Yada.

All this self talk invaded my dreams and turned it into the nightmare, wild ride, merry-go-round from hell. There were monsters on the ceiling, monsters under the bed, monsters knocking things off my nightstand. I got lost in Tennessee, took a wrong turn, and ended up in Libya. Tarried too long in a greasy spoon and when we came out the truck was up on blocks with all 4 tires gone. In a storm our tent collapsed with us in it, turning us into a burrito that rolled down a hill into a raging stream and we were washed out to sea. Never mind that our tent was 400 miles inland at the time. Anything can happen in a dream.

All of this nonsense exhausted me so much that I ended up sleeping until 10:00 am. That’s really late for me. I’m usually up with the birds.

I realize once again that I am human and just as prone to fears as the next person. I just have to refuse to let them paralyze me and stop me from doing what I dream of doing. Tally Ho!