Tag Archives: the perils of grandchildren 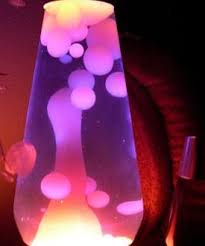 I seem to have a serious case of Lava Brain Syndrome. The old brain is just flapping in the doldrums. Doesn’t seem like it should be the case because my house is air-conditioned. It was 110 degrees here in Dallas today, a record high for this date. Walking outside feels like sticking your head in an oven, minus the gas of course. Can’t even imagine how people work outside in this heat. Maybe you get used to it, but I don’t see it.

This post petered out yesterday, but now in the early morning “coolness” I realize that, although intense, the heat is not what is bothering me. I’m paralyzed with concern, fear, and just good old-fashioned fretting.

Mr. Grandson came to stay with us 2 months ago to “get his life together.” But, he has National Guard duty so he has to go back to his old stomping grounds for 4 days. I take him to the airport tomorrow morning. He’s come a long way in these 2 months, but he has a way to go.

I’m terrified that he will fall in with old friends and old habits thinking “it’s only for a day or 2” and get himself in a world of trouble. I’m scared that he’ll decide that he’s had enough of the iron fist of Grandma and decide he can do it on his own. I’m even scared that he will come back after all, as much as I love him 🙂

Either way I’m a nervous wreck. It’s a darn good thing I didn’t know grandchildren give you gray hair or I would have never even had kids. Funny how the universe works.

The big event, the Comic-Con convention, is right around the corner. Mr. Husband and I leave Thursday morning. I am so looking forward to this. Wanted to go for 20 years at least.

The scary part is not the plane flight or even that I might be the oldest person there by decades. What is really terrifying is we are going to leave the Grandson home alone in our house for FOUR DAYS. I’ll probably be wanting to call him every hour. “Do this…don’t do that.”  He doesn’t know anyone here in Texas yet, so the odds of a 4 day house party are low, but it’s a scary proposition anyway.

The latest adventure in the “almost killed us” category is still fresh in my mind. One day I kept thinking I smelled something like wires burning. It was especially strong in the garage. I went out there, looked, sniffed, and couldn’t find anything. Later, sitting on the patio contemplating, I had a eureka moment and knew exactly what it was. Sure enough, he had propped the lid to our huge plastic garbage can right up against the dryer vent. It was probably seconds away from bursting into flames.

I dragged Mr. Grandson out to the garage and explained to him the dangers of dryer vents and how they are  the number one cause of house fires. Following at a close second is leaving food on the stove, going off to other side of the house to fool around on Facebook, and forgetting about the food on the stove. Which he did a few weeks ago while frying pork chops.

So we’re going to try to trust him. He’s 23 years old and should be able to do this. But, it’s still scary. My mother in law volunteered to check on him. Knowing her she’ll probably come over here every hour on the hour. It’s comforting to know.