Melt Down On Isle 3

Attention shoppers. Melt down on Isle 3!

I hate grocery shopping. I would rather have a root canal. Seriously. Wandering around in a big freezing cold warehouse full of packaged junk. Staring at impulse items that I wouldn’t feed my to neighbor’s yappy dog. Seasonal shelves of cheap junk made in China. The only way I can even remotely handle it is to turn it into a social experiment and opportunity for research. Proof that “you are what you eat” is right there in those shopping baskets everyday.

I like to approach if from 2 different angles. First I look at the baskets while trying to not observe the person pushing said basket. What’s in there? Instant potatoes, chips, cookies, frozen juice, cup-o-noodles, instant coffee, candy, mushy white bread, peanut butter and jelly swirled up in a cutesy, one jar approach. Nary a vegetable or anything resembling protein. Ok, now take a look at the person pushing this cart. Usually well on their way to obesity if not already there. They are sporting splotchy, icky looking skin. If there is a kid in the cart I will bet you cash money that kid has a runny nose, is whining, and sucking on something sweet. Half of it is smeared in the kid’s hair.

Now look at from the person perspective first and look at a person similar to the one I just described. I gay-run-tee you will find a pile of carb-loaded, pre-packed pseudo food, completely devoid of nutrition, in their basket. 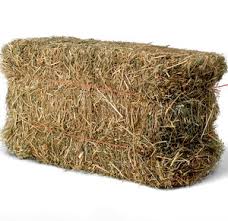 And on to the vegan peoples. Basket full of veggies, roughage, expensive food supplements, and all-natural juice (squeezed in some third world country and fertilized with God only knows what.) Maybe it’s just me, but they always look sort of skinny and nervous. Just this side of taking flight if you yelled “Boo!” I read all those books about how you can supposedly combine this and that to come up with the same protein you get from meat. I’m don’t buy it anymore. Sounds too much like Alchemy to me. In a caldron, stir together equal parts aluminum, eye of newt, and pencil shavings and you get…Gold. Yea, alright, now that’s what I’m talking about.

It just doesn’t work for me. The traditional grocery store is a creepy and confusing place. Every aisle has a collection of things to eat that totally contradicts the premise of the food in the next aisle over. The Atkins diet, South Beach, Asian – soy is the answer to everything, salt free, Gluten free, Sugar Free, fresh never frozen, frozen to preserve freshness, blessed by Rabis, untouched by human hands. The whole place starts spinning and I want to run out to the parking lot to throw myself across the hood of my car. ***shrug*** Maybe I need therapy.

I Don’t Care About Your Fiber

I Don’t Care About Your Fiber. And don’t even think of telling me what to do with mine.

Been conducting my ongoing research on all the different diets that are supposed to be THE answer, the magic bullet, the end all be all answer to health. I’m leaning towards the Paleo eating plan.  There is one major problem with it however. Paleo foods don’t store as well as grains. I have to go shopping more than once per year. One of the things I found out while researching vegetarian diets (which seem counter intuitive to me) is the following tidbits:

Potatoes, grains and beans are:

So far, I haven’t found what amounts to any first hand or the original research on vegetarianism.  All the sites I look at are copy and paste of some article zero written by God only knows who, God knows when.   So if you try to tell me you wrote it. I want proof! They all say pretty much the same thing, though. Meat is gross, veggies are good. Eating meat is unnatural. Eat grains, grains and more grains. Eating meat is EVOL… yada yada. (I stole the evol from Christopher Titus, a great comedian) References to references to someone’s interpretation of a study they heard about at a cocktail party that refers to someone’s blog who makes up stuff out of their head just to mess with people.

Mr. &  Mrs. Cavemen are sitting around the fire one evening. They are arguing about who gets the last piece of  cold nasty root. Mrs. Caveman is trying to get root fibers out of her teeth, but not having much luck because no one invented the toothpick yet. Mr. Cavemen stands up and declares “That’s it. I have had all I can stand! I’m off to the jungle to kill the first squiggly thing I see. Stoke up that fire, Missy, I’ll be back.”  Later on in the cave they are munching on some ribs:

Mr: Caveman: (groaning) oh my God that’s good. We need to do this more often.

Mrs. Caveman: “honey, I don’t know about this. It just seems…unnatural.”

Mrs. Caveman: it just feels like…what’s that word…cannibbalism? A minute ago I looked at you and had a vision of you roasting on a spit with an apple in your mouth.

Mr. Caveman:  sometimes you scare me.

Vegetarians tell stories of trying to eat meat and becoming violently ill afterwards.  This is post hoc, ergo propter hoc. Other wise known as a fallacy of reasoning.  Event B happened after Event A.  Therefore, Event A caused Event B. Not automatically true.  “Vegetarians tell stories” is a red flag right there. Telling stories is not evidence, it is a S T O R Y, anecdotal not empirical evidence. There are many possible reasons that someone became violently ill after eating.

The Straight Dope:  This link does not embrace tofu, so don’t get your knickers in a twist.